Moral aspirations and immoral realities among informal workers in Kampala

Project description
Uganda has embarked on a number of moral struggles in recent years. The revival of "traditional" moral discourses ensued after the restoration of precolonial kingdoms like Buganda intersects with concerns about a supposed "national morality". Moreover, a powerful neoliberal rhetoric inspires reflections on how citizens should behave, especially in the urban space.

Kampala has become a privileged arena where such struggles are carried out: the capital has to be cleansed (morally and physically) in order to represent a modern, clean nation.

My project explores the challenge that these three intersecting (although not perfectly overlapping) moral projects represent for the everyday life of informal workers in the Ugandan capital. By exploring the vicissitudes of Kisekka, a market for spare parts and mechanical workshops destroyed in 2014 and waiting to be replaced by a modern shopping mall, my work investigates how the workers have negotiated between different, sometimes divergent, moral codes in order to construct themselves as moral subjects.

Moreover, by highlighting moral conflicts within the Ganda community, the study hopes to deconstruct the narrative on the Buganda kingdom that has historically affected its relations with other groups in the country, based on its portrayal as an exceptionally united “moral community” and on the exceptionality of “Gandanness” (i.e., identity of people in Buganda) in its cultural and moral components.
The fieldwork has benefitted from grants from Nordiska Afrikainstitutet and the Kungl. Humanistiska Vetenskaps-Samfundet of Uppsala. 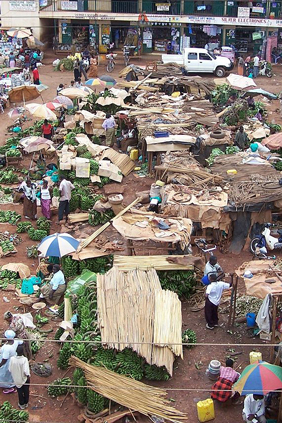