In several past projects I have tried to add a historical and timely dimension to globalisation and migration. In this study I take a look at migration in the big cities of the19th century,. Hard work, terrible housing, fights between competing taxi companies, exotic women in conspicuous head wear, soliticing sales women: It is all there in the migrant work of the women from Dalecarlia.

Yet this is the peasant culture that came to represent swedishness during the national romantic movement of the 19th century. It has already been en pointed out how untypical this peasant society was and I am taking this further and exploring the paradoxes and the ironic logic the dalecarlian culture represents, in the wake of nationbuilding and modernity.  Many tendencies and clashes that now tends to be seen as emanating from contemporary globalisation are already to be seen in the ways of the Dalecarlian women who travelled to work in the urban centres of Europe. 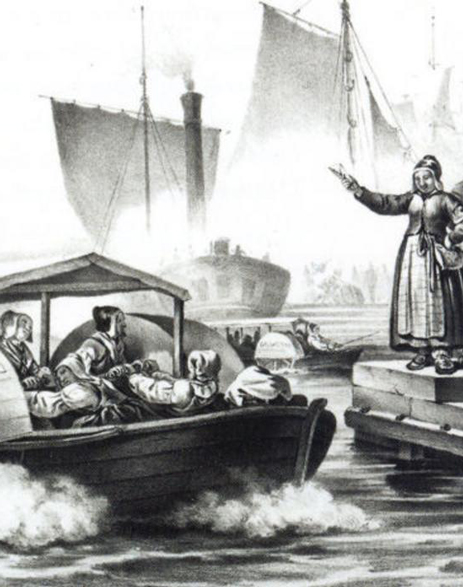